Home / Newsroom / Happy Birthday to the Founding Father of the KF

Happy Birthday to the Founding Father of the KF

"America was exactly what I had dreamed of..."

Today, on November 12th, the founding father of the Kosciuszko Foundation is celebrating his 130th birthday. We would like to remind you of his story and commemorate his achievements to inspire future generations of Polish-Americans.

Szczepan Mierzwa, known to Americans as Stephen Mizwa was an outstanding Polish immigrant who had a challenging journey to reach his American dream. He opened doors for many Polish scientists and Poles in America.

Born to a peasant family in Rakszawa, Mizwa migrated to the United States at the age of 17 on a German steamship, the SS Princess Irene. Without knowing English, he disembarked at Ellis Island and headed to Northampton, MA, where Polish immigrants helped him to find employment. Sound familiar? It is a journey that many of our Polish relatives took.

He worked during the day building wooden boxes, peeling potatoes, and washing dishes while studying at night. He earned a scholarship to Amherst College and later completed a master’s degree at Harvard University. Stephen sacrificed his doctoral studies at Harvard University and his professorship to focus on helping and educating other Polish immigrants and to create a cultural exchange program between Poland and the United States.

Stephan Mizwa created one of the most recognizable Polish-American organizations. In 1925 he established The Kosciuszko Foundation to commemorate the 150th anniversary of Tadeusz Kosciuszko’s arrival to America and his involvement in the fight for independence.  In 1926, the first scholarship brought nine students from Poland to study at American universities such as Harvard, Yale, and Columbia, and also sent an American professor to teach at the Jagiellonian University in Krakow. 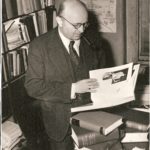 To this day his legacy continues to be realized at 15 East 65th Street in New York, Washington D.C., and at chapters across the U.S. as well as in Poland. His humble life and inspiring story resonate with the mission of the Foundation as we continuously raise funds to grant financial aid, encourage the exchange of professors, scholars, and lecturers between Poland and the United States.

Your support is equally crucial as Albert Einstein's!

Sponsor Generators for Children in Ukraine

How much you wish to donate?

Are you sure you want to leave your donation?